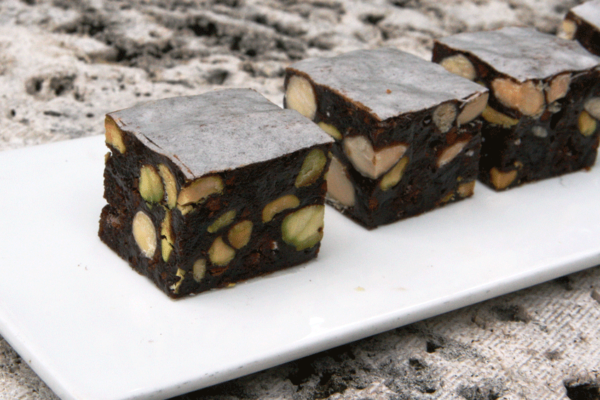 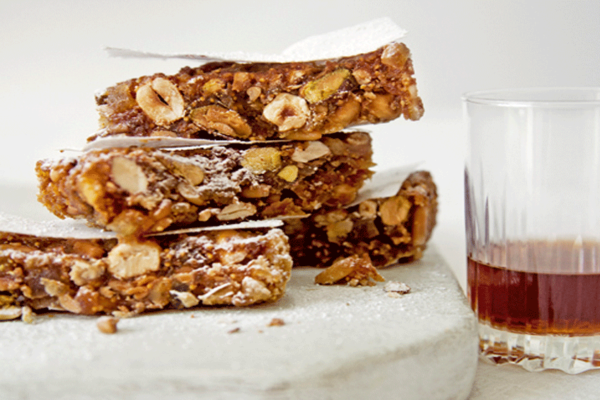 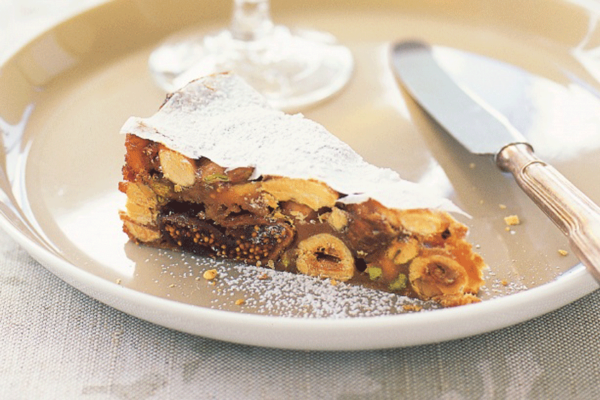 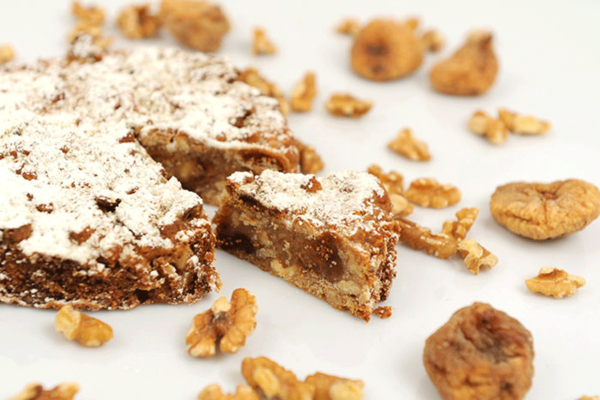 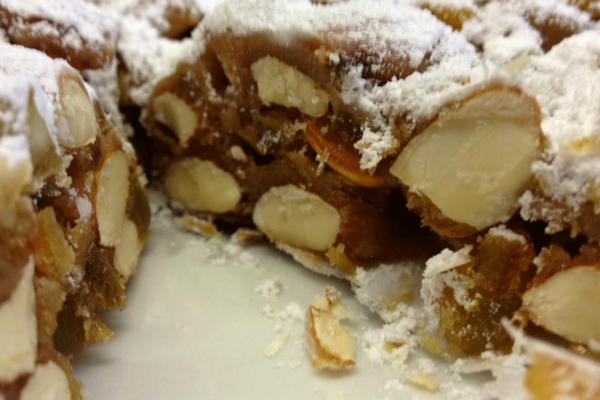 Panforte, literally, panforte means “strong bread” which refers to the spicy flavour, is a traditional Italian dessert containing fruits and nuts, and resembles fruitcake or Lebkuchen.
It may date back to 13th century Siena, in Italy’s Tuscany region.

Documents from 1205 show that panforte was paid to the monks and nuns of a local monastery as a tax or tithe which was due on the seventh of February that year. The original name of panforte was “panpepato” (peppered bread), due to the strong pepper used in the cake.
In Siena, the panforte capital of Italy, it is sometimes said that panforte should properly contain seventeen different ingredients, seventeen being the number of Contrade within the city walls.

Would you like to taste it ? Drop us a line!