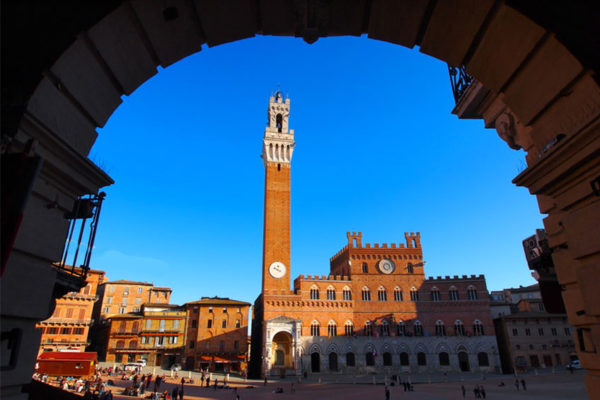 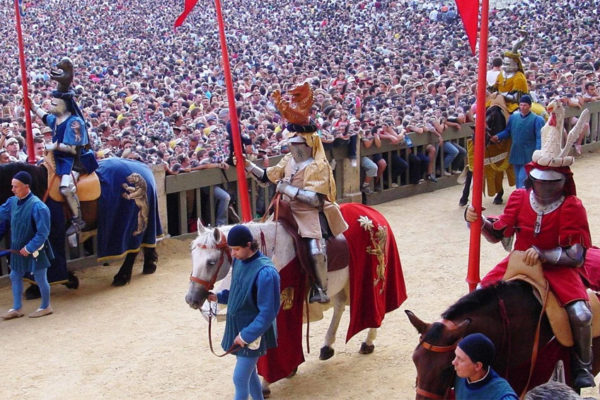 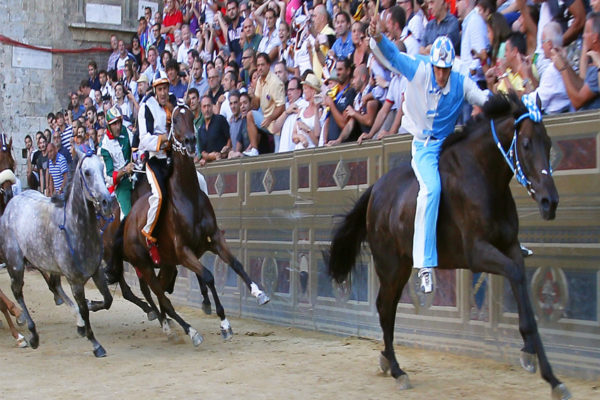 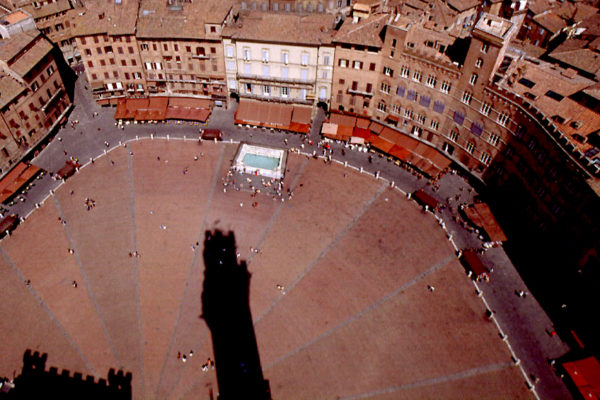 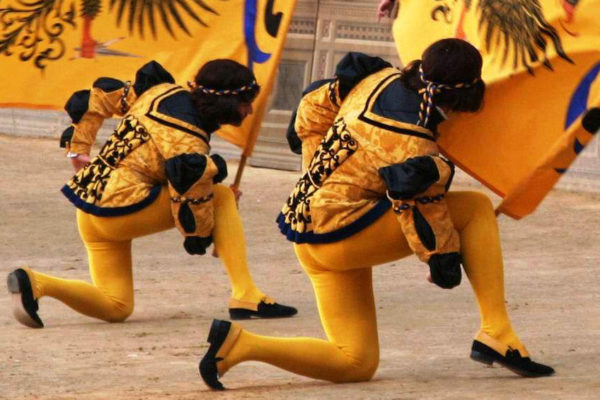 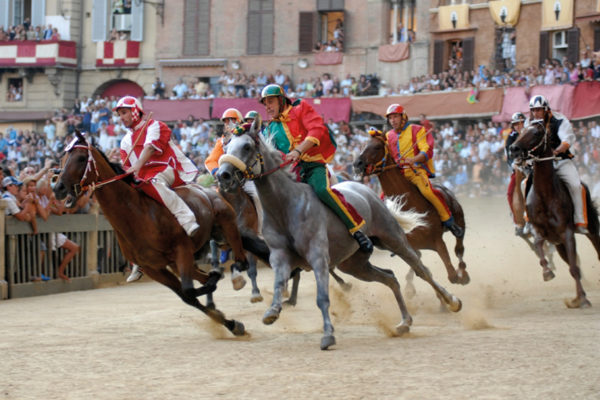 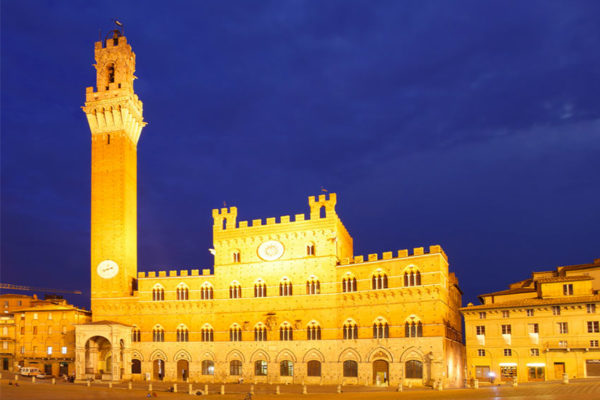 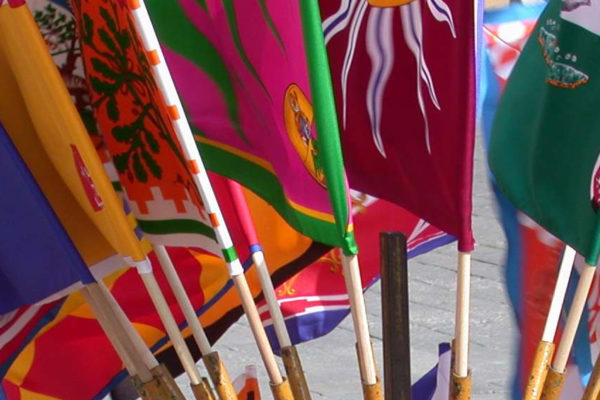 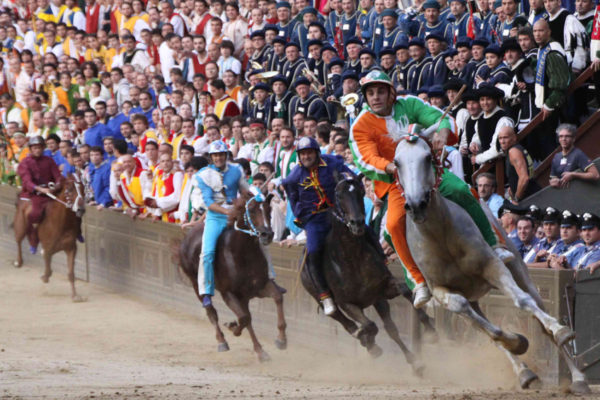 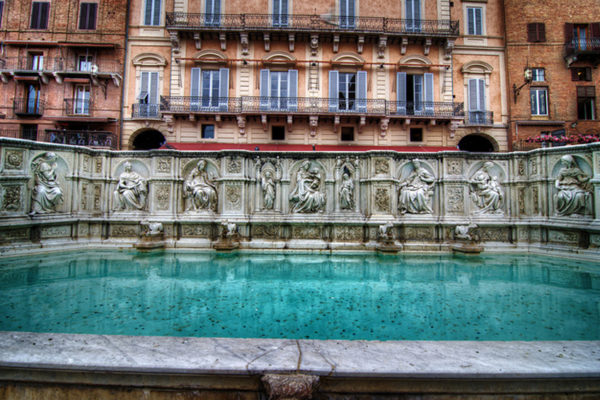 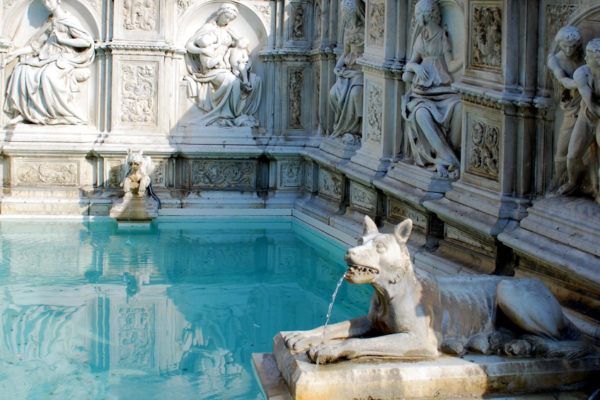 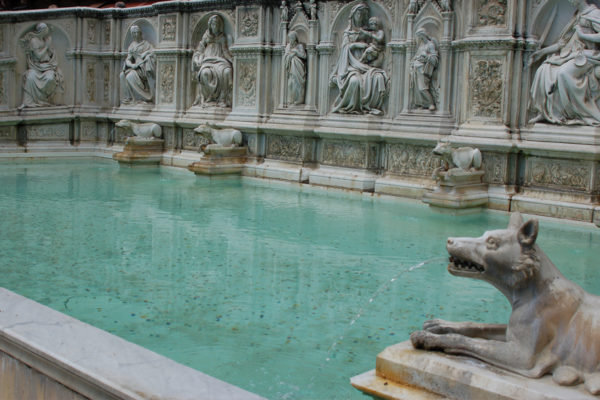 Wish to enjoy the Piazza del Campo in Siena? Just drop us a line!

Piazza del Campo is the main public space of the historic center of Siena and is considered as one of Europe’s greatest medieval squares, besides it is renowned worldwide for its beauty and architectural integrity.

The Palazzo Pubblico and its Torre del Mangia, as well as various palazzi signorili around the shell-shaped piazza are embracing anyone is walking inside the square. At the northwest edge of the square there is the Fonte Gaia. But Siena is also famous for the twice-a-year horse-race, the Palio di Siena, held around the edges of the piazza.

Siena may have had earlier Etruscan settlements, but it was not a considerable Roman settlement, and the campo does not lie on the site of a Roman forum, as is sometimes suggested. It was paved in 1349 in fishbone-patterned red brick with ten lines of travertine, which divide the piazza into nine sections, radiating from the mouth of the gavinone (the central water drain) in front of the Palazzo Pubblico. The number of divisions is held to be symbolic of the rule of The Nine (Noveschi) who laid out the campo and governed Siena at the height of its mediaeval splendour between 1292-1355. The Campo was and remains the focal point of public life in the City. From the piazza, eleven narrow shaded streets radiate into the city.